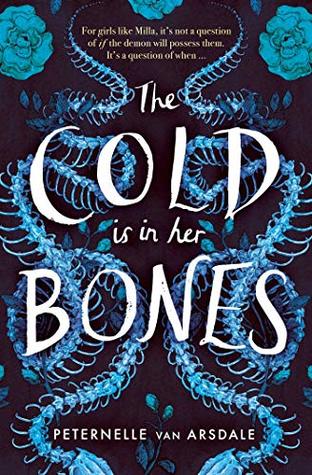 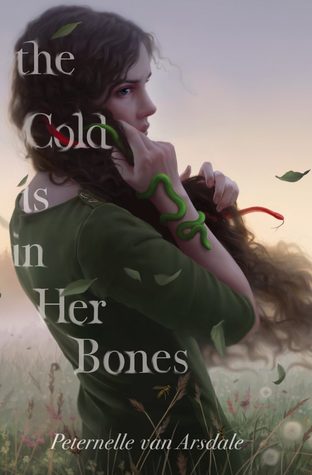 Title: THE COLD IS IN HER BONES

The Cold is in Her Bones is a decent Medusa-inspired read, but wasn’t for me, if I’m honest. I liked it well enough, but found the overall story to be boring and I couldn’t relate to the MC at all. She seemed weak and tedious and a ‘boo hoo baby’ like her mother. The world and characters were very well written and realistic, but I couldn’t get over the pace of the story. I really wanted more from this novel. The prologue was truly the best part of the novel and I thought we’d get more of Hulda’s story or that maybe she’d feature in it a bit more. No such luck. Also, Gitta and Jakob are just terrible people, which actually made me like the writing a bit more than I would have otherwise because I love when an author can make me hate a well-developed character. I guess you could argue that the mother was just trying to not get so attached in the case her own daughter wound up cursed, but I found that a massive character flaw for her. Gitta nearly redeems herself in one of the end scenes, but I needed more from it. The last 15% of the story was pretty good, though. I liked the way it wrapped up.

I really loved that this focused more on friendships and there was the allusion to love, but romance was never the main focus of the book. The themes of desire to be accepted for who you are and overcoming your demons were also great! We need more books that explore those and other hard themes that teens struggle with.

All that said this was just a THREE STAR read for me. I would recommend picking it up from your local library if you’re interested in trying it out.

One girl must uncover secrets of the past to save her friend from a terrible curse in this dark and mesmerizing story of love, revenge, and redemption inspired by the myth of Medusa.

Milla knows two things to be true: Demons are real, and fear will keep her safe.

Milla’s whole world is her family’s farm. She is never allowed to travel to the village and her only friend is her beloved older brother, Niklas. When a bright-eyed girl named Iris comes to stay, Milla hopes her loneliness might finally be coming to an end. But Iris has a secret she’s forbidden to share: The village is cursed by a demon who possesses girls at random, and the townspeople live in terror of who it will come for next.

Now, it seems, the demon has come for Iris. When Iris is captured and imprisoned with other possessed girls, Milla leaves home to rescue her and break the curse forever. Her only company on the journey is a terrible new secret of her own: Milla is changing, too, and may soon be a demon herself.

The Cold Is in Her Bones is a novel about the dark, reverberating power of pain, the yearning to be seen and understood, and the fragile optimism of love.

Thank you so much to Peternelle van Arsdale and Simon & Schuster Children’s UK (via Netgalley) for the ARC.