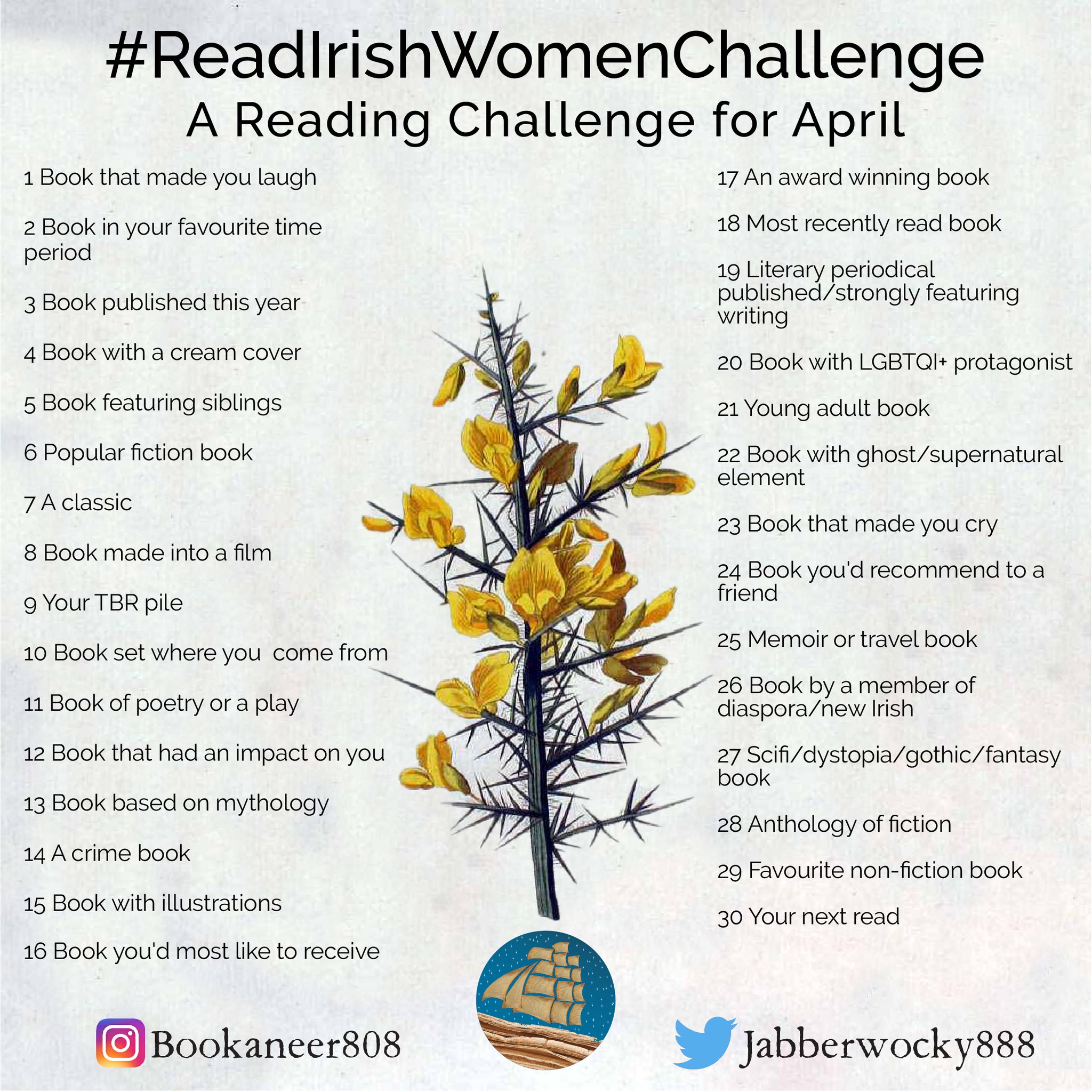 OF COURSE I’M PARTICIPATING IN #READIRISHWOMENCHALLENGE!! Obviously, I’m pretty late starting, but better late than not going to the party – unless you don’t want to go, in which case more power to you! Anyway, not the point hahahah

I have so many Irish women authors to read, so I’m just going to show you my insane TBR for this and try to fit them in the categories!

That’s enough, right? I’d actually love to read Country Girls by Edna O’Brien and Constellations by Sinead Gleeson, if I can get them.

What’s on your TBR this month? Are you participating in a challenge? Let me know in the comments! I’m actually also participating in the TBR & Beyond Book Club April Dark Fantasy challenge, which can be found here.