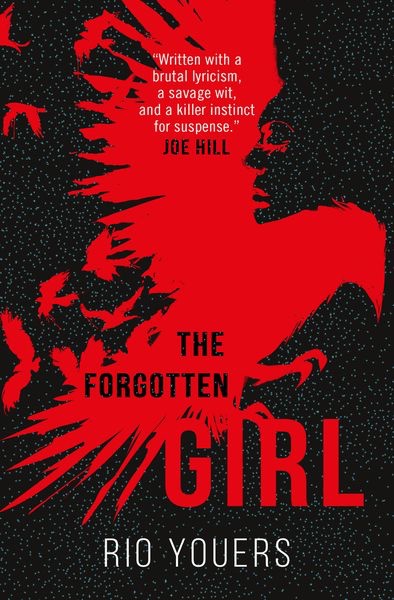 TWs Graphic violence and body horror. Gore; On the page character death, parental death; Behavior and descriptive language akin to self harm, and references to such; Reference to suicide and suicidal ideation.

This was an awesome novel! It more than met my expectations and I truly enjoyed it. I’ve never read Youers before, but after this I’ll definitely be adding him to my list of authors to watch! I am so glad I was able to pick this up.

The plot was so interesting and unique. I can’t say I’ve ever read anything quite like this. There is so much life, and death, in The Forgotten Girl. I found myself thinking about this story even when I wasn’t reading, and there were several times I kicked myself for not bringing it along with me to read in my downtime.

It is such a page-turner and I urge you to pick this up as soon as possible! It will surprise you in the best way.

“She possesses a unique and powerful ability. Just like we can erase data from a computer hard drive, Sally can erase memories from a person’s mind.”

Abducted and brutally beaten by a group of thugs, street performer Harvey Anderson is convinced he’s a victim of mistaken identity when they demand to know the location of his girlfriend, Sally Starling. Harvey Anderson has been single for years.

She dominated my dreams. Sometimes as a lover, more often as a scared, lonely girl running from something that slathered and swooped. I woke with her name on my lips, clutching the empty half of the bed, knowing beyond all doubt that she should have been next to me.

Aided by his thugs, a sinister man known as “the spider” has tracked Sally to Harvey. He has pursued her for nine years, desperate to possess her remarkable talents. Yet emotion runs deeper than memory, and so Harvey goes looking for a woman he loves but can’t remember, and encounters a danger beyond anything he could ever imagine.

Thank you so much to Lydia Gittens at Titan Books for the review copy!