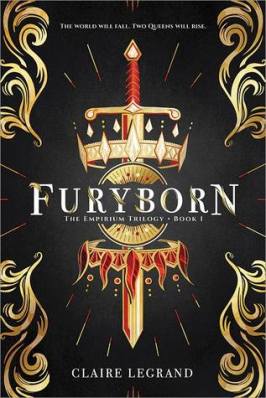 “You saved us. You saved everyone. Astavar still stands free. The Empire fleet has been destroyed. You did that, Eliana, and you should be proud of it.”

MY THOUGHTS: I had a serious book hangover after reading Furyborn. It was a phenomenal book and a top 10 read of the year – I can already tell! Loads of action and adventure, but also love; although, it was nice to read a book that wasn’t centred heavily on the romance aspect – it just kind of spices things up a bit. There’s some kissing, but it doesn’t make or break the book. There’s also a whole load of betrayal and distrust, which makes my heart pound! There’s magic, angels, plotting, killing, assassins, trials, and wraiths. The writing was AMAZING! Compelling and detailed, while not being overly descriptive. Claire Legrand keeps you interested by never revealing too much about each character while alluding to things happening outside of the spotlight.

“Dread,” he murmured … “is only a feeling, easily squashed. But wolves, my dear, bare teeth.” 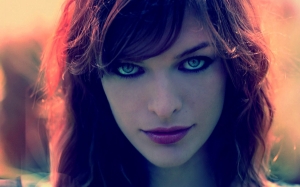 Rielle, having all 7 kinds of elemental magic, is an interesting character – of course you can’t have a main character that isn’t if you want to write a great book. She starts out with what seems the best of intentions – going through trials to prove that she is the prophesied Sun Queen – but is too easily influenced by an external force…I still have so many questions about what’s going on, though!!

“Some say the Queen was frightened

In her last moments

But I like to think she was angry.”- The Word of the Prophet

1000 years later, enter Eliana – bounty huntress and all around badass. She keeps most everyone at arms length due to her profession and rarely lets anyone close to her, unless it serves her. Initially, she seems very self-important and arrogant. Her entire world is shaken to its core just when she feels most invincible and sets her an a soul searching journey with her little brother across her kingdom in which she finds that things are not as she’s always thought. She really has to examine her own ethics and goals throughout the story. The juxtaposition of how she treats her little brother versus how she treats everyone else makes me love her story. I think she may be my favourite….

“Watch and learn, little Dread.” “Call me ‘little’ again, and I’ll punch you.” “You know just how to entice me.”

Claire Legrand is super talented and I truly cannot wait to read the rest of the series….actually foaming at the mouth while I wait.. Exceeded all of my expectations and then shattered them to bits.

BLURB: The stunningly original, must-read fantasy of 2018 follows two fiercely independent young women, centuries apart, who hold the power to save their world…or doom it.

When assassins ambush her best friend, the crown prince, Rielle Dardenne risks everything to save him, exposing her ability to perform all seven kinds of elemental magic. The only people who should possess this extraordinary power are a pair of prophesied queens: a queen of light and salvation and a queen of blood and destruction. To prove she is the Sun Queen, Rielle must endure seven trials to test her magic. If she fails, she will be executed…unless the trials kill her first.
A thousand years later, the legend of Queen Rielle is a mere fairy tale to bounty hunter Eliana Ferracora. When the Undying Empire conquered her kingdom, she embraced violence to keep her family alive. Now, she believes herself untouchable–until her mother vanishes without a trace, along with countless other women in their city. To find her, Eliana joins a rebel captain on a dangerous mission and discovers that the evil at the heart of the empire is more terrible than she ever imagined.
As Rielle and Eliana fight in a cosmic war that spans millennia, their stories intersect, and the shocking connections between them ultimately determine the fate of their world–and of each other.
All quotes are taken from an ARC and may not match the final product. Thank you so much to Sourcebooks Fire via Netgalley for providing me with this ARC in exchange for my honest review!